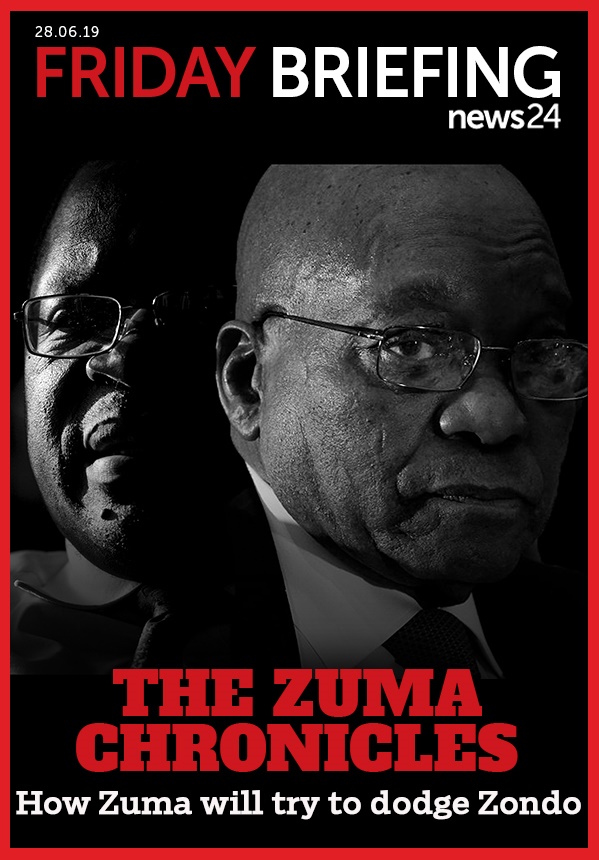 Thuli Madonsela shows us how slippery Jacob Zuma is

Former president Jacob Zuma, the central figure in the saga that has become state capture, has finally agreed to appear in front of the judicial commission of inquiry into state capture. But although he will attend the sitting from July 15, 2019, there is no guarantee that he will actually offer useful testimony.

Zuma is known for claiming that he wants his “day in court” in order to clear his name, but perversely using every avenue available to him to prevent exactly that. In October 2016 Thuli Madonsela (who was then Public Protector) attempted to interview Zuma as part of her investigation into state capture. After more than four hours Madonsela left the Union Buildings none the wiser about his role in grand corruption.

In today’s issue of the Friday Briefing we revisit that interview and find it issues a prescient warning to Deputy Chief Justice Raymond Zondo: Zuma will want to block and derail his appearance at the commission. It must not be allowed to happen and Zondo will have to invoke whatever powers he has to force Zuma to engage. South Africa has waited long enough. The Madonsela Manoeuvre: How Zuma will try to dodge Zondo

It’s an ambush, procedurally unfair and the matter is being rushed. That was Jacob Zuma’s defence in 2016 when Thuli Madonsela tried to question him about state capture. And he got away with it. Deputy Chief Justice Raymond Zondo must take note. On October 6, 2016, then Public Protector Thuli Madonsela summoned all her experience, calm and maturity to try and conduct a formal and productive interview with Jacob Zuma, who was president and the central figure in allegations around state capture. It wasn’t easy for the normally unflappable Public Protector, who had struggled for months to get an audience with the head of state. She had been blocked at almost every turn, and now had to contend with Michael Hulley, Zuma’s legal contortionist. February 9, 2018 would have been a good day for Jacob Zuma. He would have woken up feeling ecstatic that the previous day he had delivered his penultimate State of the Nation Address. Whether opposition parties would have heckled him or not, he wouldn’t care. He was never bothered by what had become characteristic of his appearances in Parliament. But February 9 would have been far more important for another reason: it is a date that signified the beginning of his ill-gotten fortunes and political troubles. In a no-holds-barred address to a group of international advocates in 2010, lifetime prosecutor Advocate Billy Downer hit out at three consecutive National Directors of Public Prosecutions for ignoring the advice of prosecutors in the Jacob Zuma case: Bulelani Ngcuka, Vusi Pikoli and Mokotedi “Cocky” Mpshe. Thirteen years later, Downer was finally vindicated when Judge Aubrey Ledwaba and his colleagues ruled that Zuma had a case to answer. 9/12, the day President Jacob Zuma fired Nhlanhla Nene as minister of finance with no apparent reason and replaced him with a loyal backbencher, became a turning-point. It was indeed a heavy blow to the South African economy, but I believe we will look back one day and view it as a golden day for our democracy and future prosperity. The house that Zuma built

During his tenure as president, Jacob Zuma often complained that there was an obsession with Nkandla. Discussing “the house of one man”, as he put it, had become tedious. He was right. Nkandla became a distraction from finding solutions to the myriad challenges that affect the lives of millions of South Africans every day.