Latest News
Home /The general, his wife and dodgy tenders 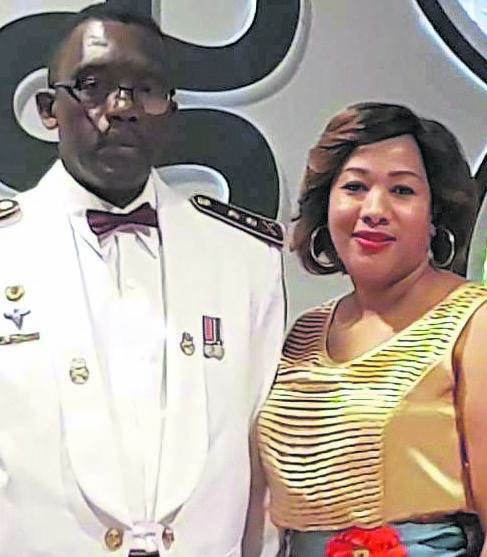 Couple are being probed for their role in the awarding of million-rand contracts involving the transport of military equipment.

A top military general and his wife are under investigation following allegations of tender rigging, which saw her company receive two contracts worth more than R180 million from the army.

The first contract, dated August 2016 and valued at R79 million, was awarded directly, without any tender processes being undertaken, to Umkhombe Marine, a freight and logistics company owned by Nombasa Ntsondwa-Ndhlovu. She is married to Major General Noel Ndhlovu, a top general in the SA National Defence Force (SANDF).

Then, in November last year, procurement officials in the military dished out another controversial tender, worth R105 million, to the same company.

Worse still, the second contract was awarded to the wife’s company – after the army’s procurement department was warned not to consider it as it was being investigated for possible fraud and corruption.

The couple is at the centre of the investigation – which is being conducted by law enforcement agency the Military Police, as well as the Specialised Commercial Crime Court.

In his post as director: Special Medical Ruling in the army in 2016, Ndhlovu was also a member of the army’s joint operations board. His role entailed advising the joint operations division on matters relating to the health conditions of troops deployed in peacekeeping missions across the continent.

He also sat in meetings where detailed discussions were held about why each tender was necessary, the costs involved, the size thereof, specifications, qualification criteria and other requirements.

Military Police investigators launched a probe in November 2017, after receiving an affidavit from a senior officer, who had complained about events leading to the appointment of Ntshondwa-Ndhlovu’s company, Umkhombe Marine.

The investigators found that procurement officials lied about inviting bids for the initial tender, worth R79 million, from five companies.

The four other companies – among them a taxi operator, a stationery supplier and a company which had closed shop six years earlier – told investigators that they had no knowledge of such an invitation from the army.

The complaining officer wrote in his affidavit that in one of the meetings, Ndhlovu “was pushy that this matter must be done urgently, giving all sorts of reasons”.

A confidential letter, dated August 13 2018 and written by Military Police head Lieutenant Rear Admiral Mokgadi Maphoto, deals with the status of the investigation. It reveals that neither Ntsondwa-Ndhlovu nor her husband declared their relationship.

“Declarations of interest were again completed by the director of the company, where she answered ‘no’ to the question [of whether] she or any other person was connected with the bidder currently employed by the state. The director, for the second time, did not declare that her fiancé [Ndhlovu] is employed in the department of defence at the joint operations division,” Maphoto’s letter reads.

Ntsondwa-Ndhlovu denied any wrongdoing and said there was no need to declare her relationship with her now-husband as he did not sit on the committees which adjudicated the contract.

“The process of adjudicating is done in different departments, not in his department.”

During the probe, it was established that Umkhombe Marine was awarded a R79 million tender for backloading military equipment from the Democratic Republic of Congo (DRC) in August 2016.

The complainant’s affidavit suggests that the tender had been earmarked for the company from the start. The affidavit reveals that early in February 2016, the army had already begun processes to appoint a service provider to transport equipment from Sudan.

On February 11 2016, Lieutenant General Duma Mdutyana, now deceased, who was serving at the time as the SANDF’s chief of joint operations, issued an instruction for the appointment of a service provider to transport the army’s equipment from Sudan to be stopped or put on hold.

However, the following day, naval captain Mike Bologo, from the army’s Central Procurement Service Centre, defied Mdutyana’s instruction and issued an award to Umkhombe Marine. Bologo is now stationed in the office of the inspector-general.

According to the affidavit: “The chief of joint operations (Mdutyana) sent Lieutenant Colonel Shongwe to speak to Captain Bologo to stop or place the award on hold. Captain Bologo refused to listen to Shongwe and sent him back, saying that he does not work with verbal orders.”

The complainant said Mdutyana followed through with his instruction to Bologo with a letter withdrawing the award on February 12.

Bologo’s letter of award to Umkhombe Marine, issued on February 11, had given the army 72 hours to withdraw the award.

“Bologo switched off his phone from February 11 to 15. His phone remained off for almost five days.

“As a result … the department of defence lost the opportunity to effect General Mdutyana’s letter of February 12 because Captain Bologo’s phone was off.

“The 72 hours lapsed, which then led to the contract being valid. Bologo only sent the cancellation letter to Umkhombe on February 15,” reads the affidavit.

A week later, the complainant continued, Umkhombe Marine sent a lawyer’s letter, claiming R30 million for loss of income following the cancellation of the award.

In his affidavit, the complainant questioned how Umkhombe Marine could have incurred a R30 million loss of income in four days.

The matter went back and forth without a solution. But, the complainant said, in early August 2016, while perusing documents relating to the issue, “I noticed that the company began working [on the contract] on January 19 2016. I then asked Bologo how this was possible, [given that] the procurement board sat on January 11 and that the letter of award was issued on February 11.

“I further noticed that the company hired an aircraft in Russia and refuelled this aircraft twice in Russia, although the department of defence had no contract with them.”

Another army general told City Press that the chartering of the Russian aircraft by Umkhombe Marine in January 2016 was in preparation for the transportation of military equipment from Sudan back to South Africa.

Ntsondwa-Ndhlovu also confirmed this, saying the department decided to compensate the company to avoid a protracted legal showdown. There was no tender for this contract, and the complainant claimed that Umkhombe was also paid R15 million in advance. Treasury does not allow advance payments for goods and services.

This time around, it was a R105 million contract to transport equipment to and from South Africa and the DRC – despite Maphoto’s warning three months earlier that the company should not be considered for any bids because of the investigation.

“This office is of the view that the mentioned companies not be considered or be afforded the opportunity until the finalisation of the investigation,” Maphoto wrote.

Another senior army officer told City Press that Umkhombe’s second contract had not been approved by Major General Thabiso Mokhotsi, who is responsible for approving the requirements and the deployment of troops and equipment inside and outside the country.

“He told them that he will not sign the requirements for the tender that was submitted to him as it had a predetermined outcome. And that outcome was Umkhombe Marine. They told him that the tender will go through with or without him.

“Guess what? It went through and Umkhombe was appointed,” the officer said.

Ntsondwa-Ndhlovu maintained that her husband had nothing to do with the R79 million tender awarded in 2016.

“Umkhombe Marine was one of the companies that were invited to bid. We got a letter of invitation from the defence department’s procurement service centre,” she said.

She denied that when Umkhombe received the award in February 2016, she had already chartered a Russian aircraft to do the job.

She also denied having received a R15 million upfront payment for the contract.

“The department did not, in any of the contracts, pay Umkhombe Marine upfront. They only paid on work done,” she said.