Latest News
Home /No R1-million SUVs but 80 luxury BMWs in one month: These are the cars the SA government is buying

We often complain that government has ridiculous vehicle purchasing habits but the data tells us that while still exorbitant, expenditure on cars is being curbed.

Unpacking the government sales channel business from July, there is an absence of “R1m SUVs” or limousines.

It would appear that government is moderating (read: slightly) its fleet purchasing habits somewhat, as South Africa’s fiscal imbalance becomes a reality.

Below is the list of the most popular government fleet vehicle purchases for July, and they are a lot different in type and volume, than you would expect.

Calculations used in this article were made based on the entry-level price for featured vehicles.

It’s possible that Government could have specced these vehicles to a much higher price and/or received a discount for purchasing units in bulk.

Government bought more VWs than any other passenger vehicle last month. No less than 92 Polo sedans were purchased and you might wonder why government fleet managers prefer this sedan to South Africa’s most popular passenger car, the Vivo?

If you are transporting departmental staff, with briefcases and laptop bags, it is best that those can be stored in a secure, lockable, space.

Smash-and-grab incidents are a reality in South Africa and a hatchback, with its glass tailgate allowing smash access to the luggage area, will always be at a disadvantage to a sedan, which has a steel boot enclosure.

What do you think of government’s vehicle spending habits? Email us 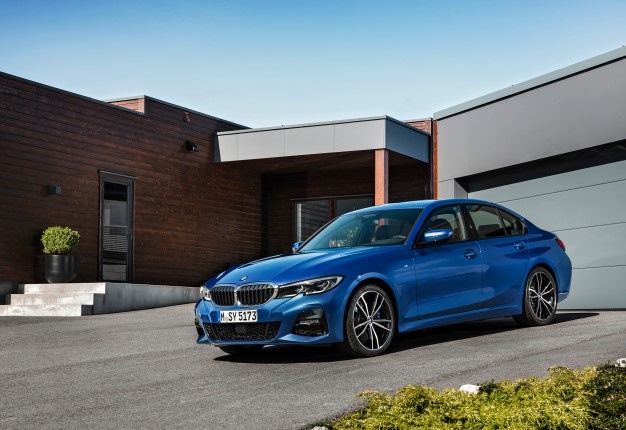 Although 3 Series is no longer locally built, that does not mean certain government departments have suspended their loyalty to BMW’s compact sedan.

The second most purchased passenger vehicle by government last month, was the new 3 Series. At a base price of R650 000, 3 Series certainly isn’t cheap, but it does offer a host of intuitive digital technologies.

Features like BMW’s intelligent personal assistant and excellent voice recognition technology mean that senior government staff who are allocated a new 3 Series to drive, should have no excuse for not responding to a crisis on the move – or while stuck in traffic.  Government also purchased a single X1 and i3. A little car with a very large grille. But why would government buy into the new Figo trend? The reason is very simple: Engines.

Small hatchbacks with naturally-aspirated power don’t do well at altitude – and most of government’s business is done in provinces which are way above sea level. This is where the Figo excels as an affordable hatchback with proper performance.

Powered by a 1.5-litre three-cylinder engine, it has larger individual cylinder volume than any of its four-cylinder segment rivals. Combine that Ford’s advanced valve-timing and camshaft phasing and this is an atmospheric 1.5-litre engine which does not suffer that badly from high-altitude combustion asthma. For years, it was South Africa’s most popular sedan and remains a government fleet favourite. Although the Corolla wasn’t a leading government vehicle purchase last month, they remain very popular as fleet vehicles.

Terrific reliability and an unrivalled service network mean that even in the unlikely event of something going wrong with a Corolla, Toyota’s dealers will soon have it running again.

Corolla’s low running costs, due to the scaling of its service and parts supply chain network, make this Toyota sedan very manageable for government fleet directors to run.

This figure is based on the entry-level price of vehicles mentioned in this list.