An angry mob went on a rampage on Friday, setting alight at least two houses in Parow, Cape Town, after the court appearance of the man accused of murdering 8-year-old Tazne van Wyk.

Shortly after Moyhdian Pangarker appeared in the Goodwood Magistrate’s Court for the little girl’s murder, Public Order Police were deployed to Parow after two houses were set alight and a vehicle was overturned and vandalised, said police.

Police spokesperson Captain FC van Wyk urged “members of the public to refrain from taking the law into their own hands”.

“Anyone who is found to have participated in such an unlawful act will be arrested and charged.”

News24 journalist Cebelihle Mthethwa is on the scene, understood to be close to Parow and Carstens streets.

According to bystanders, the site of the houses are alleged to be drug dens. Some also alleged that one was a place where the accused may have kept Tazne before leaving for the Eastern Cape two weeks ago, TimesLive reported.

This however has not been authenticated by criminal investigators.

The situation is being monitored until calm is restored, according to Van Wyk.

This is a developing story. 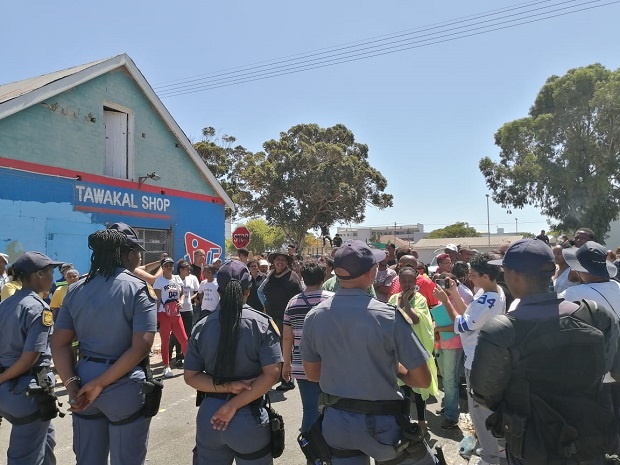