A Good Samaritan from Riverlea Extension 2 in Johannesburg is going out of his way to provide food to needy Zamimpilo infomal settlement residents.

Ishmael Haffajee, who owns a petrol station in the area, has taken it upon himself to give back to residents while the country is under lockdown to fight the spread of the coronavirus pandemic.

Speaking to News24 after the Muslim Association of South Africa’s (Masa) visit to the area to hand out food parcels, Haffajee said the residents appreciated whatever was handed to them.

Masa, in collaboration with Vision Tactical Response Intervention Unit, was in the area on Wednesday morning to donate food to residents. This is part of the organisation’s relief response during the pandemic. The NPO also support needy people in the inner city.

When the pandemic hit South Africa resulting in the pronouncement of a national state of disaster and eventually a nationwide lockdown, Haffajee said residents who knew him approached him seeking assistance, he heeded their call.

Every morning, he drives to local farmers to purchase vegetables and to a local bakery where he gets loaves of bread at an affordable price. 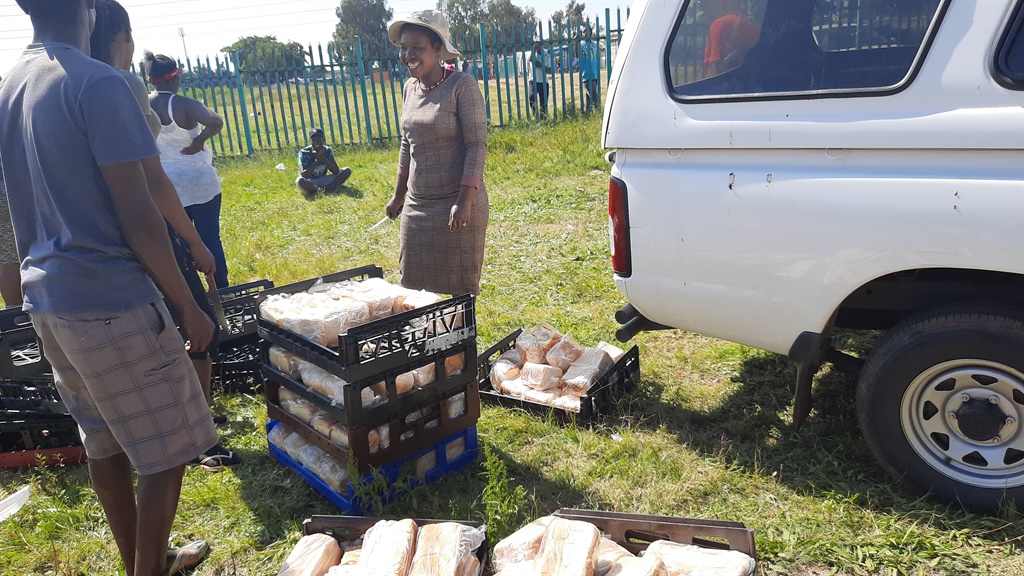 On Wednesday morning, he brought cooked porridge which was handed out in disposable cups.

He then returned in the afternoon to deliver bread and cooked food.

As Haffajee’s white bakkie arrives, people rush to be first in line.

The community committee assists him in managing the crowds as the food is handed out at a local crèche.

“This community needs basic stuff. They are not asking for any luxury. They are happy for bread, cabbage, mealie meal…” he said.

Some days are gloomy though, as Haffajee struggles to make ends meet. 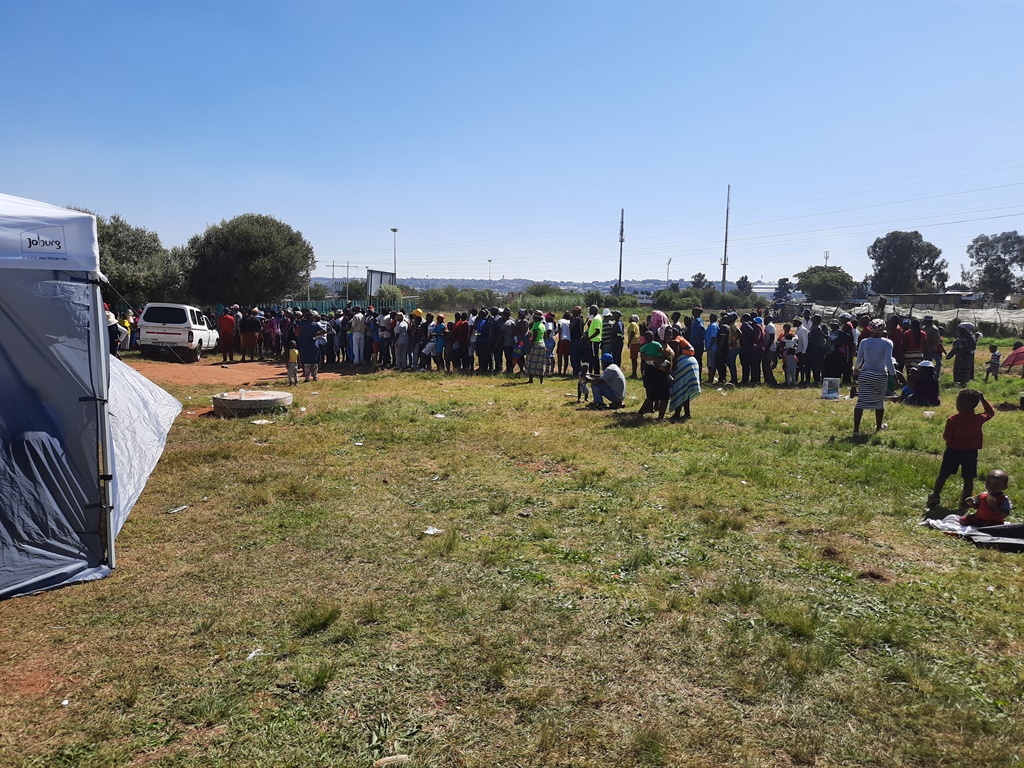 “I try to make calls and see what we can do. We even sometimes buy the 50kg bags because it’s cheaper and then we scoop it here and give it to the people. Like I said, people here are not fussy, they just happy to get food.”

Asked what drives him to do what he does, Haffajee said: “I do this because of my religion. As a Muslim I’ve been taught to help a fellow neighbour.”

He called for more people to assist, adding whatever was brought to the informal settlement could never be enough because of the hundreds of people who lived there.

“There are a lot of people in this camp. The more support we have, the much better. But whatever you give to this camp, they appreciate it.”

‘Some of our people could have died because of hunger’

Community committee member Nomsa Kayise said people were desperate and even arrived at the crèche as early as 04:00 just to be in time for when the businessmen arrived.

“This man has been of great assistance. If he was not around during this period, some of our people could have died of hunger. He brings us tinned food, mealie meal, rice and other food.” Kayise has appealed to the government and anyone else who can assist to reach out to them.

On Tuesday, President Cyril Ramaphosa said municipalities would get a boost in the form of an additional R20 billion in funding for emergency water supplies to assist sanitation, as well as public transport, and providing food and shelter for the homeless.

He also announced a temporary six-month coronavirus grant relief to help those hardest hit by the pandemic, a six-month increase in social grants as well as a grant for the unemployed.