President Cyril Ramaphosa and Archbishop Emeritus Desmond Tutu have bid farewell to one of South Africa’s most revered freedom fighters, Denis Goldberg, who died on Wednesday evening at his Hout Bay home, aged 87.

Goldberg grew up in Cape Town and studied civil engineering. But, instead of commercial practice, the young communist turned his energy toward engineering the downfall of the apartheid state by sabotaging strategic assets, as part of Umkhonto we Sizwe.

Goldberg’s death leaves Andrew Mlangeni the sole survivor of the legendary Liliesleaf legion – the farm where six of the trialists were captured by the apartheid state.

On Thursday, Ramaphosa ordered the National Coronavirus Command Council to observe a moment’s silence “in honour of this special patriot”.

“This is a sad moment for our nation and a moment for all of us to appreciate Denis Goldberg’s brave dedication to our Struggle and his lifelong activism in the interest of – and in the physical presence of – poor and vulnerable communities around our country,” Ramaphosa said.

“His first experience of prison was alongside his mother who had been detained for four months, but such experiences failed to intimidate him; instead, it fueled his determination that the liberation movement should use all strategies at its disposal, including armed resistance, to end apartheid. 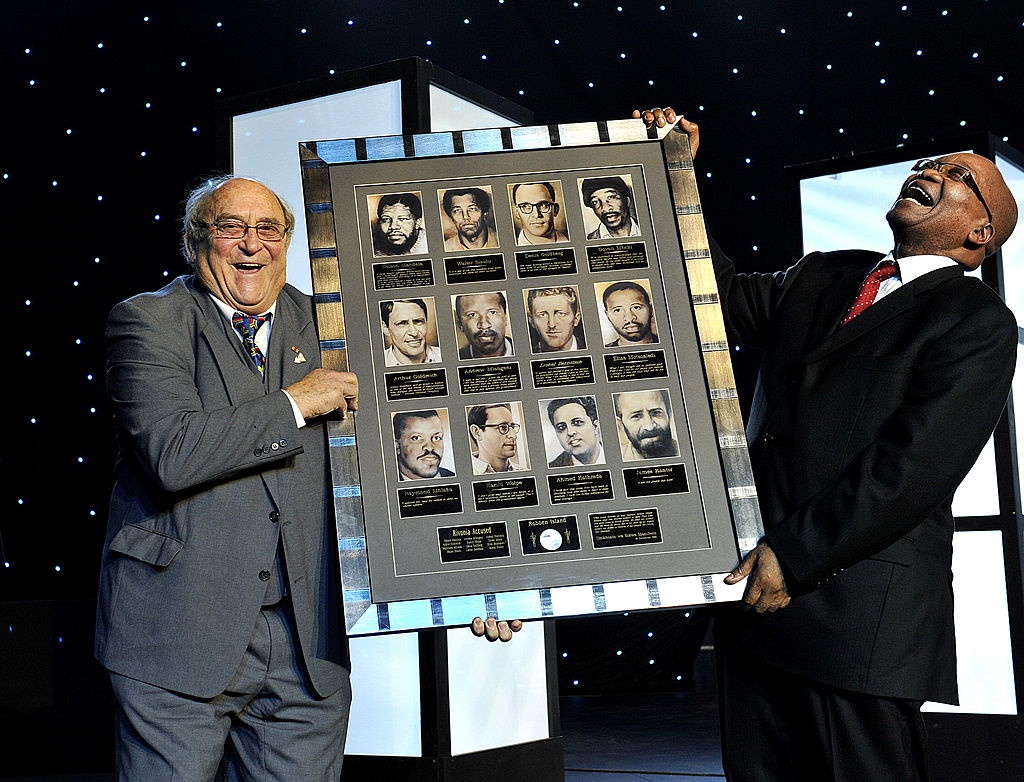 “His commitment to ethical leadership was unflinching and, even during his advanced age, he formed part of the movement of veterans of the struggle calling for reassertion of moral centre of society. He dedicated his life to achieving the better life we enjoy today and his revolutionary contribution reinforced the non-racial character of our Struggle and of our democratic dispensation,” Ramaphosa said.

‘The nation has lost part of its soul’

From another high office, the Desmond and Leah Tutu Legacy Foundation described Goldberg as “a human being of the highest integrity and honour who eschewed personal aggrandisement and consumptiveness”.

“His lifetime contribution to South Africa and its people was second to none. His passing today, aged 87, following a lengthy battle against cancer, conducted with customary courage and grace, feels as if the nation has lost part of its soul.

“Denis Goldberg’s pragmatic human values and natural compassion shone like a candle, attracting and connecting like-minded individuals and institutions wherever he went.”

OBITUARY | Dennis Goldberg’s life was the ‘radical contradiction of apartheid’

“As the only white trialist to be convicted, he could not serve his sentence with his comrades on Robben Island, which was reserved for black prisoners. He was instead incarcerated in Pretoria for 22 years. But the Rivonia Trial was just one long chapter in his extraordinary life’s work…” the foundation wrote.

The African National Congress said Goldberg “belonged to that illustrious generation of freedom fighters who were prepared to sacrifice all and lay down their lives in the struggle for liberation”.

“This is the generation that understood that satisfaction in life comes from serving others. Theirs was a selfless commitment to the liberation of our country. They spared no effort in securing our liberation,” the ANC said in a statement.

“He leaves behind a proud legacy of hard work, selflessness and sacrifice in service of our movement and our country. As the current generation of ANC leaders, members and activists we will pick up his fallen spear. We will continue to honor his legacy.”