Latest News
Home /Thabi Leoka: The biggest casualty in the war against the virus will be the economy

The government locked down South Africa without knowing exactly how the virus works. And while there is evidence it helped to “flatten the curve”, its time to reopen more of the economy, writes Thabi Leoka.

The country is at war with a relatively unknown enemy and, like with most wars, there are casualties and costs, with the greatest cost being the damage caused to the economy.

In the Art of War, which remains one of the world’s most significant military texts, Sun Tzu thought that generals should be adept at the “military calculus” of taking into account anything and everything that could affect the outcome of a battle. Information is crucial and thus the mantra, “he will win who knows when to fight and when not to fight”.

Without complete knowledge of the virus, its origin and its transmissible nature, the government decided on the total lockdown of the country.

Usually, during a crisis with economic consequences, economic activity is encouraged by stimulating aggregate demand as quickly as possible. But a calculated move to flatten the curve, involving no social contact and limited economic activity, was adopted. Government has started a process of reopening the economy in a gradual process. (Getty Images)

The fallout from this pandemic will be debilitating for the economy.

By far the most affected sector globally is the tourism sector, which accounts for about 10% of global GDP. The World Travel and Tourism Council estimates that the sector shed 50 million jobs worldwide, representing a reduction of 12%-14% of jobs.

The sector directly employs over 700 000 workers and indirectly supports about 1.5 million jobs. According to Tourism SA, for every R1 of direct GDP impact, indirect and induced impacts are R3 in total, which accounts for about 8.6% of GDP.

Over 900 companies have applied for UIF support in the sector, representing about 26 000 employees. This figure is expected to increase with each month of the lockdown.

The lack of international and domestic tourism has affected other industries, such as car hire, cross country coach operators, tour and shuttle operators, retail and craft, conferencing, museums and all types of accommodation.

The tourism sector is likely to start operating after July and many companies in this sector will be casualties of this war against Covid-19.

There has been limited activity in the mining sector during Level 5 of the lockdown, with most mines under care and maintenance.

Ramping up may take some time, especially since operations are limited to 50% capacity during Level 4 of the lockdown.

The mining sector directly employs 465 000 workers and indirect employment is about 1.4 million.

Significantly, workers support 4.5 million dependents. The sector accounts for about 35% of South Africa’s exports and its share of GDP is 7%.

There are strong linkages between the mining and manufacturing sectors and, under normal circumstances, the two sectors should be drivers of economic growth.

The manufacturing sector, which accounts for 13% of GDP, is another sector that has been devastated by the pandemic.

Most firms were closed during Level 5 of the lockdown – many are faced with liquidity problems while paying taxes, rates and salaries. Ramping up during Level 4 will also take some time.

For many firms, who rely on imported components for the completion of their products, orders placed last year started trickling in in January and early February.

Breaks in the global chain

By the end of February, components from China and Europe were halted. Since firms could not sell incomplete equipment, equipment lay on factory floors, causing bottlenecks in production.

Opening up may not lead to immediate economic growth because of disruptions in the global value chain and domestic supply chain.

Due to globalisation, a single finished product often results from manufacturing and assembly in multiple countries.

Milan is a major industrial hub and the small town outside Munich, which is the headquarters of a car parts manufacturing company, was where Germany’s first Covid-19 cases were found.

If one of our car manufacturing companies required components from any of these regions, it may have to wait a few months due to the complete lockdown of supply chains. 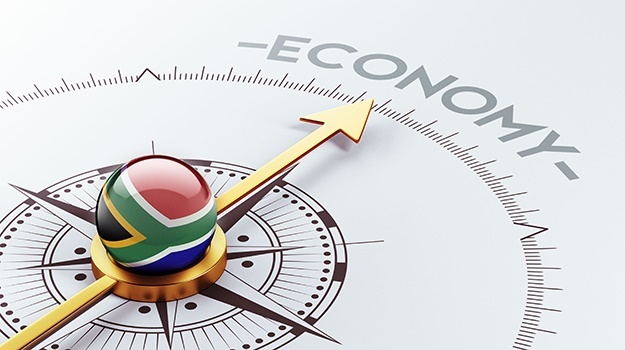 The economy will continue to be constrained for the immediate future. (iStock)

Retail trade will pick up in the second quarter of 2020, given the opening up of clothing stores in preparation for winter, but will remain constrained by cautious spending by consumers whose job security remains precarious.

The one sector that has fared well is the agriculture sector, which has seen a resurgence after two consecutive years of contraction. The sector started the year well, with the second biggest maize harvest in history, up 36%.

Citrus production has also had a bumper season and the production of wine is up 2% from 2019.

The economic trajectory for the South Africa, though, remains gloomy, despite the opening up of the economy.

The pandemic has laid bare the financial precarity of corporates and households, and both will require support from the already drained fiscus.

It has been six weeks since the economy went on a necessary lockdown to flatten the curve.

There is evidence that the curve has flattened, which means that the strict lockdown was a success, but epidemiologists have warned that the virus will infect many more people as the economy opens up and the season changes.

A systematic and slow opening up of the economy, and making sure that health protocols are adhered to, may be the answer to ensure fewer infections in the workplace.

The unemployment rate is currently unknown because the lockdown has prevented Stats SA field workers from conducting their regular household surveys, but sectors have been haemorrhaging jobs.

One only has to look across the Atlantic, where more than 30 million people have filed unemployment claims, to get a sense of the devastation this pandemic has caused to the US.

In the short term, the fiscal support will result in the widening of the deficit, but this debt will need to be reined in. Austerity measures will have to be adopted.

This may involve cutting public sector wages by at least 15%, shrink the government and turn a few government departments into government agencies, sell, and, where applicable, find strategic partners for SOEs.

But there is a silver lining to this crisis. The bubonic plague in the 14th century resulted in improved working and living conditions for low income workers of that era.

The Great Depression in 1930 led to the New Deal, which created some of the United States’ most important public insurance programmes. These include the introduction of social security, unemployment insurance, labour union protections and the banking reform.

Similarly, the Affordable Care Act, affectionately called ObamaCare, which is the biggest expansion of public health insurance in nearly half a century, was introduced after the Global Financial Crisis in 2018.

The pandemic has placed the health sector as central to having a healthy economy.

Living conditions of the poor, improved health infrastructure and universal healthcare will be imperative, not just in South Africa, but globally.

The pandemic gives us the opportunity to transform the economy into a more inclusive and equitable one.

The shortage of imported products could result in the creation of new local industries.

After the shortage of explosives due to World War II, a company called AECI was formed in South Africa in 1924 to provide explosives and detonators to gold and platinum mines. Previously, it had been imported.

As Winston Churchill once said, never waste a good crisis.

– Thabi Leoka is an economist.