Latest News
Home /PROFILE | John Steenhuisen: âThe DA is in a far healthier position than it was a year agoâ

Interim leader John Steenhuisen said his strategy is to position the DA to provide the economic solutions post the coronavirus crisis while the ANC owns the lockdown itself. Whether people trust him enough remains to be seen.

Democratic Alliance interim leader John Steenhuisen said, with the ANC positioning themselves as protagonists of the lockdown, the DA is positioned “absolutely perfectly” to provide South Africans with a solution for the future.

The DA, Steenhuisen added, is in a much better position than it was a year ago before the 2019 national elections when his former colleague Mmusi Maimane was still leader.

“I think if one looks at where the past is now visibly where we were a year ago. I think there’s very few people who can argue that we’re not in a far healthier position,” Steenhuisen said.

He said the DA is a party of principles and programmes – not of personalities – and therefore asked that his face not be placed on t-shirts or tablecloths as is custom with political leaders in South Africa.

Speaking to News24 from his home in Cape Town, Steenhuisen, who was harshly criticised for his opposition to the extension of the national lockdown, said history has proved him right in terms of the DA’s response.

Members of his party’s own federal executive accused him of “clumsy messaging” and failing to read the mood in the country, with Finance Minister Tito Mboweni also recently on Twitter calling on Steenhuisen to “stay in his lane” with regards to criticising the president.

But, a confident Steenhuisen said his party’s opposition has since become mainstream. “You can’t pick up a newspaper or log on to a website today that’s not talking about lives and livelihoods and economy, many of them using the very language that was used in [our] initial presentation,” Steenhuisen said.

This past week both former finance minister, and President Cyril Ramaphosa confidant, Trevor Manuel and even ANC-alliance partner trade union Cosatu have come out in support of relaxing lockdown rules.

Dressed in a grey K-way jacket, Steenhuisen said it was “absolutely essential” that the DA pivoted onto a message that it could own.

“You don’t lead the party for the next day’s headlines. You know, as a leader, you’ve constantly got to be looking around the corner, what’s going to happen two weeks, two months, [and] two years from now,” Steenhuisen said.

The health message, he said, was already dominated by President Cyril Ramaphosa, Health Minister Zweli Mkhize and Professor Salim Abdool Karim, while the DA could own the economy and economic recovery message.

“I think that there’s a developing consensus from epidemiologists, from economists, from commentators and from us as a political organisation that, you know, we’ve got to focus on lives and livelihoods and if you’re going to do that effectively, we’ve got to open up the economy a little bit more than we have today.”

While the national government said it would adopt an approach … based on the level of coronavirus infections, Steenhuisen said the DA-led Western Cape – which has the highest number of active infections in the country – can reopen safely as it has been far more proactive in finding positive infections than the rest of the country.

The province is particularly at risk due having a large immuno-compromised population affected by HIV/AIDS and TB.

Asked why the Western Cape has the largest number of coronavirus-related deaths in the country (representing more than half of the total deaths in South Africa), Steenhuisen questioned the accuracy of infection and mortality rates in other parts of the country.

“There are people who are dying of Covid-related illnesses that have been put down as dying of other things. Many dead bodies are not being tested for Covid.”

Since the start of the national lockdown, Steenhuisen has from his home led his party to develop a number of policy instruments to respond to the crisis.

The interim party leader, who immediately suspended his campaign to become party leader at the start of the crisis, has also regularly travelled to the party’s makeshift studio in its Cape Town office where he regularly appeared on the DA’s web series Coronacast discussing topics around the virus outbreak.

He said the studio gets disinfected daily.

While the party initially welcomed the national government’s apparent adoption of the DA’s smart lockdown plan with the Risk-Adjusted strategy, Steenhuisen said the state has since been too strict in its regulations, and too slow with regards to increasing health capacity and testing.

The ANC has also blocked attempts by the DA for parliamentary oversight of the state’s response, particularly with regards to the newly formed National Coronavirus Command Council (NCCC), which has now forced the party to take the national government to the high court to challenge certain regulations, he said.

The party is set to challenge the constitutionality of the Disaster Management Act itself, on which basis of the national lockdown is enforced, as it provides little room for oversight.

“In the six or seven weeks of the lockdown where the NCCC were running riot and people were being kicked and beaten in their homes by overzealous security officers, parliament was nowhere.”

Steenhuisen said Ramaphosa has lost the goodwill he had built up in the beginning.

He said the president has been undermined by ministers behaving in a “petty authoritarian way” and who introduced “Lala land” regulations such as trade and industry minister Ebrahim Patel’s clothing sale rules.

But, he believes, the president can still win back some of the public support if he decides to roll back the regulations.

“No one’s going to blame you for saying, ‘Well, look, you know, we did, overreact a little bit then. We would rather have been safe and sorry, but we now see that we can actually open up a little bit more and we’re going to do so.’”

“There’s going to be a lot of pain coming still. Covid is the small hill and we’ll get over it, we’ve got through worse before. What waits for South Africa on the other side is a really steep mountain to climb.”

He said Ramaphosa and the ANC have taken ownership of the national lockdown and coronavirus response, instead of sharing the responsibility (“distributing the pain”) with other political parties, and it will come to haunt them.

“Winston Churchill led his country through probably the darkest hour, but was chucked out of office three months after the end of the world war in Europe by a population who found his opponents were better able to define the economic recovery, and were able to set up very clearly what the future looks like and what needed to be done,” Steenhuisen said.

Whether voters will leave the ANC for the DA, or instead vote for other opposition parties such as the EFF, Steenhuisen said voters will trust any party who is able to provide a solution to the economic crisis.

“I think that at the end of this, people are going to be so desperate for some solution. It’s not going to matter what the colour of your party leader is. They are going to look if you’ve got a compelling plan and offer to put on the table.”

“It’s not the DA of old that spends all its time saying how bad the ANC is, but a party that’s able to offer a compelling vision for owning the recovery. How do we fix South Africa and get it out of the situation; to get it back onto the trajectory of growth and opportunity.”

The 44-year-old, who has been an elected official of the DA since he was 22, and who was once asked to “shut up” by president Cyril Ramaphosa in parliament, said some people have accused him of being too aggressive. 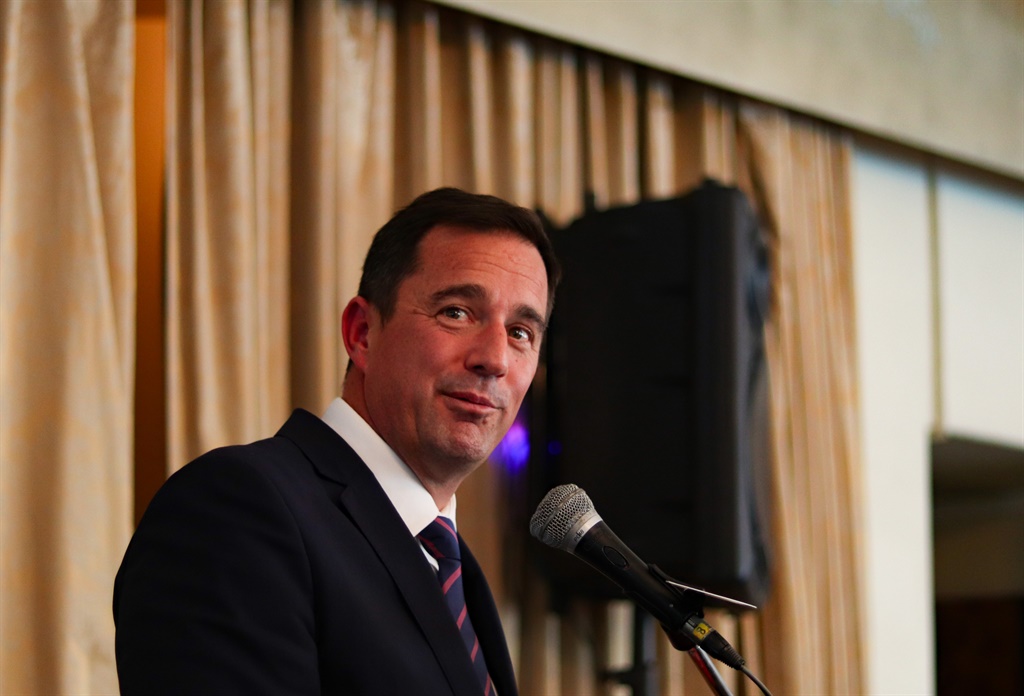 On Thursday, Steenhuisen got into a heated conversation with SABC reporter Flo Letoaba during a Skype interview when she asked him on behalf of which South Africans he was speaking.

A two minute clip of the interview, where Letoaba asked him to allow her to speak when he spoke over her, has since been watched over 420 000 thousands times.

Steenhuisen, when asked his response to similar criticism of DA federal chairperson Helen Zille’s Twitter statements, said “we all have our weak points”.

“You know, some people say, I’m too aggressive on social media as well,” he said. “It’s who I am, it’s my nature. But, you know, I’d like to think that you put people around you that mitigate against that.”

He said the politics of the past, where politicians were seen driving in large convoys and living in big mansions, are going to be “out of step with the mood of the country” as it enters an economic crisis.

“I think people are going to be looking for hard-working and far more humbleness from those they’ve elected to represent them going forward,” Steenhuisen said.

“I think that there isn’t now an opportunity for politicians to break the stereotype and start to show South Africans, we can drive our own cars to work, and we don’t have to rely on bodyguards. We don’t have to live in fancy mansions. And you know, we are absolutely committed to fixing South Africa so we can get more people to work.”

Only time will tell whether he’s correct, and if the electorate trusts him enough to lend him their vote.