News24, the home of breaking news, has steadily increased its documentary offering over the past three years – gripping audiences with beautiful visuals and captivating storytelling.

A team of four journalists spent a week in Coligny after two white men allegedly caught 16-year-old Matlhomola Moshoeu stealing sunflowers on a farm. They claimed they were driving him to the local police station when he allegedly jumped off their bakkie and broke his neck. An eyewitness claimed he was pushed.

News24 explores the events surrounding the death of 16-year-old Matlhomola Moshoeu and how it changed the small North West town of Coligny forever.

Many residents believed the latter. The resultant, violent protests threatened to split the town along racial lines.

News24 spoke to community members from both sides of the divide. Altogether 12 voices were featured in the final product. 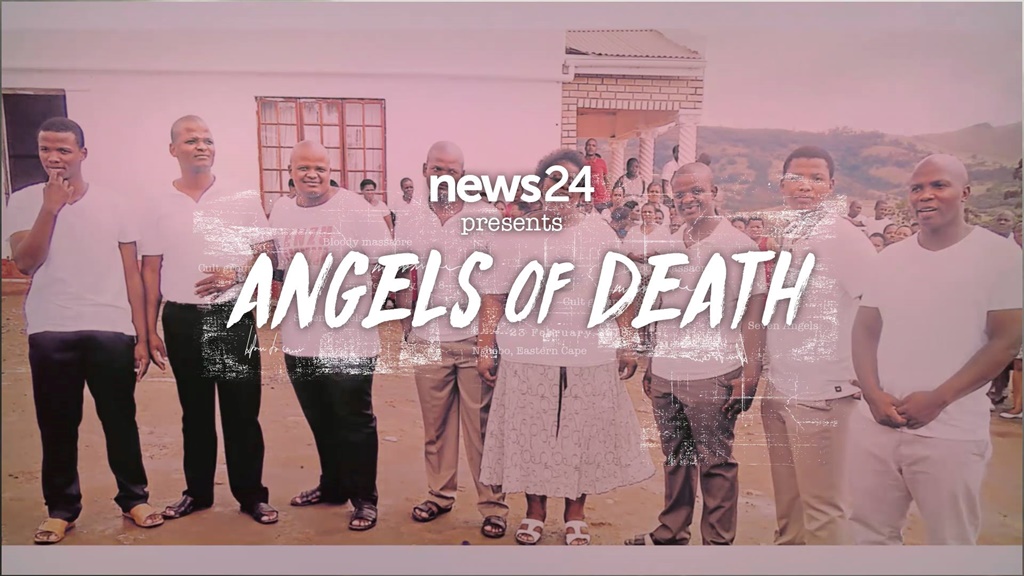 The Seven Angels Ministry, was led by seven Mancoba brothers.

Angels of Death took News24 to Ngcobo, a small Eastern Cape town that was captured by a sinister cult. Journalists arrived in the wake of deadly shootings between police and members of the Seven Angels Ministry.

Through interviews with the cult leaders, victims’ families, law enforcement and cult experts, the documentary gives viewers a glimpse into the life into the town that was terrorised for years by seven brothers who insisted they were angels.

The team was able to piece together a story of brainwashing, vulnerability and violence. This original News24 documentary set out to uncover the story of murdered farmworker Adam “Mannetjies Dukvreet” Pieterse. Farmer, Martin Visser, was found guilty of murdering Pieterse, 33, who worked on a neighbouring farm. Visser used a spade to beat him and a quadbike to drag his body before forcing the farmworker’s two friends to bury him in February 2015.

The 25-minute documentary was shot on location in Vredendal and includes scenes of the crime and interviews with key witnesses. Recreations were shot in Cape Town and surrounds and gives the viewer an idea of the events as they unfolded. It also gives viewers a glimpse into small Western Cape farming communities, where alcohol is used as a commodity and the power balance between farmers and their workers is sometimes skewed.

The documentary won first place in the Best Use of Online Video category, at the World Association of Newspapers and News Publishers (WAN-IFRA) 2019 African Digital Media Awards.

Oasis in ashes takes a closer look at the devastating fire that gutted the historical mission station of Wupperthal.

Oasis in Ashes: The day a fire swallowed a town

On December 30, 2018 a devastating fire gutted the historical mission station of Wupperthal, destroying scores of properties and stripping residents of their homes, livelihoods and heritage.

This documentary explores the impact of the disaster and the indomitable spirit of Wupperthal’s people, which has given hope that the picturesque Cederberg town would rise again from the ashes.

One resident told News24 that the fire burned deeply, right into their cultural heritage – that it burned more than just the buildings, but deep into the souls of the people in the valley. The visuals captured on scene in the razed town showed the community rallying together, helping one another through the tragedy.

The blaze, which was investigated by police, started on New Year’s weekend and left half of the historical village, including the Moravian Mission Station, shops and 53 homes destroyed.

At least 200 people were left homeless and one woman tragically lost her life. She was 19 years old and full of life. A first year film and media studies student at the University of Cape Town, Uyinene Mrwetyana’s family described her as someone who “only knew love”. Then, on August 24, 2019, her light was snuffed out.

The rape and murder of Uyinene Mrwetyana tipped South African women over the edge. Protests led by women exploded around the country and mass gatherings took place calling on government to take action against gender-based violence.

The hashtag “Am I Next?” trended for several days on social media. As a publication, News24 felt it was important to use its platform to facilitate further conversations on the issue.

#AmINext was hosted on a microsite that featured a documentary, original reporting, reader submissions and data visualisation.

As much of the reporting regarding Uyinene Mrwetyana’s life had become defined by her death, News24 decided to send a team of journalists to East London to speak to her family and friends – to get a better understanding of who this spirited young girl was.

The documentary received an honourable mention in the Best Use of Video category at the International News Media Association (INMA) Awards.

In their own words: Gordhan…