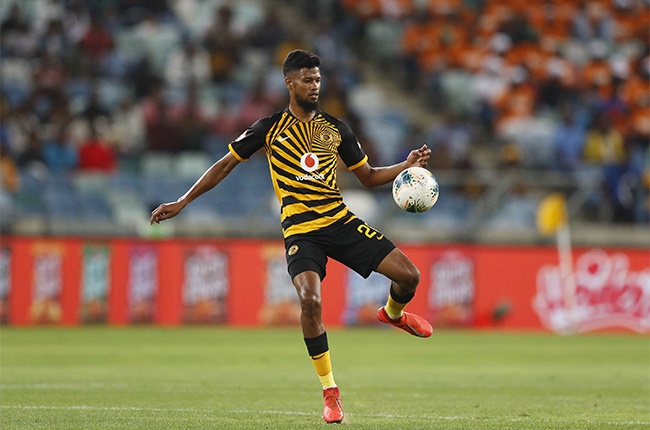 Yagan Sasman of Kaizer Chiefs during the Absa Premiership match between Kazier Chiefs and Bloemfontein Celtic at Moses Mabhida Stadium on December 07, 2019 in Durban, South Africa.

Defender Yagan Sasman proved to be the unlikely match-winner on Sunday when he scored twice as Kaizer Chiefs came from behind to beat Maritzburg United 2-1 in an MTN8 quarter-final clash at FNB Stadium.

After starting the stronger of the two sides Thabiso Kutumela gave Maritzburg United a deserved lead in the 35th minute.

Gavin Hunt’s start to life as the Soweto giant’s new head coach looked to be getting off to a shaky start as the two sides went into the break with the visitors holding the advantage.

Hunt must have had a few harsh words with his team during the break as his side looked a different team in the second half.

Chiefs were denied by the woodwork in the 68th minute before finally pulling level in the 73rd minute thanks to an unlikely source in defender Sasman who bundled the ball home from a corner kick.

Sasman repeated the trick two minutes later in the 75th minute but this time powered a header home from a Khama Billiat corner kick to give his side the lead.

That’s how matters ended with a relieved Hunt getting off to a winning start.

Chiefs will next face defending champions Sundowns in a rematch of last season’s title battle this Saturday at FNB Stadium in their opening league match of the season.